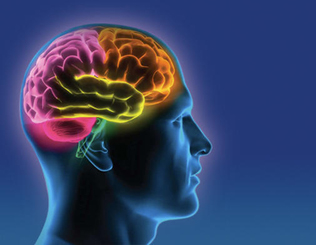 Welcome, everyone! It’s been a couple of years since I posted here, and in the intervening time, this blog’s purpose has evolved a bit. So whether you’re a longtime reader, or you’re discovering Coefficient of Fiction for the first time, I figured I probably ought to orient all of you as to the type of content you can expect to see in this space in the coming months. When I started this blog, I said it was about transmedia storytelling. And if you found your way here because you’re a transmedia enthusiast, never fear; we’ll still be discussing transmedia quite a bit. But this blog is going to be about more than just that, it’s evolved into something bigger. I think, on some level, way back when I started Coefficient of Fiction, I already subconsciously knew that my ruminations on transmedia would eventually prove to be just a part of a larger whole; that could be why, even then, I elected to leave the word “transmedia” out of the blog title. In truth, everything I’ve been working on for the past decade has led me down the path of a relatively nascent field of study called cognitive narratology.

Cognitive narratology, in a nutshell, posits that the reason the definition of narrative has eluded us for thousands of years is because, until recently, we didn’t know enough about how the brain worked to describe narrative in terms of how we experience it. Hopefully as soon as early 2016, I’ll be using this blog as a venue to post a massive series on the evolution of narrative from a cognitive narratological perspective, where all of the research I’ve done on this subject for the past several years will finally come to fruition. Here’s an incredibly brief overview of my mission statement for this upcoming series:

What we know as “story” came about as a side effect of the human brain developing advanced conscious processing. Being conscious is, in fact, tantamount to having a narrative experience. This means that the study of narrative should boil down to a study of the cognitive processes involved in conscious processing. This is significant in a number of ways. Recognizing conscious processing as the lowest common denominator in all of narrative study means that comparing seemingly disparate narrative forms no longer has to be like comparing apples to oranges. Additionally, by understanding the way in which conscious processing converts discourse into story in the minds of their audience, authors can come to grips with the fact that their work is not so much a narrative, in and of itself, as it is the blueprint for one. And crafting narrative discourse not as an end unto itself, but as something that’s meant to facilitate a narrative experience in the mind of the end user enables authors to create ever-more immersive and evocative examples of narrative storytelling.

So, ultimately, Coefficient of Fiction is about the types of narrative systems that take the lessons of cognitive narratology to heart; discursive forms in which authors provide their audiences with the building blocks for a narrative experience, and require said audience to exercise some degree of agency to see those experiences realized. So, of course, transmedia storytelling falls under that bubble, especially the brand of interactive, social-media storytelling that’s come to be a calling card of mine. But this also includes tabletop games and video games; Immersive theater, like “Sleep No More” and “Then She Fell”; and even Mega Games, large scale, live-action games that straddle the line between RPG’s and LARP’s.

This October, I’ll be lecturing about social media storytelling at conferences and universities across Europe and the UK. After I get back, I’ll begin using this space to unpack my transmedia projects from the past three years, in much the same way that I dissected “Fury of Solace” back in 2012. And all the while, I’ll be building to the series on cognitive narratology that I mentioned above, the piece that will tie all of these things together.