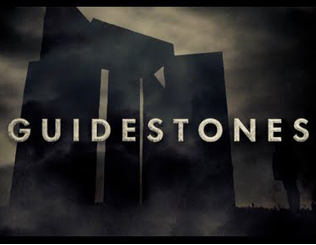 Recently, some internet marketer friends of mine who also happen to be big fans of my web series “Fury of Solace” came to me with an interesting marketing idea for the series.  They’d had a great deal of experience using e-mail autoresponders for  traditional marketing, selling products, and they thought “Fury of Solace” lent itself to using autoresponders to simply tell a story.  This actually ties in to my last post on instancing, because, in effect, this approach would create a semi-instanced version of our show.  For a more in depth discussion on instancing go ahead and click back to the previous post, but in general terms, in an instanced transmedia experience, even though each user is experiencing the same narrative content, that content is being delivered in a self-contained bubble, a unique user-experience which begins when the user signs up.

I was not surprised to learn that other transmedia projects have already been dabbling in this particular content delivery system.  I haven’t had a chance to check out the project yet, but I learned via an episode of the Story Forward podcast that this autoresponder approach is currently being utilized by a project called “Guidestones.”  Jay Ferguson, the project’s creator, refers to this content-delivery method at the Push system, and since “push” is a lot more accessible than “autoresponder,” that’s how I’ll be referring to it from now on as well.

For our most recent cycle of “Fury of Solace,” we released four new videos a week for four weeks.  As I’ve mentioned before, since so much of our story is told through social-media interactions and Alternate Reality Games, it was always my goal to make that transmedia content accessible to people who stumbled upon our series after everything was said and done, and the Push system sounds like a great way to help people those people navigate through our ever-expanding web of content.  Using the Push system, new viewers would sign up at our site, and from that point forward they’d receive four e-mails a week until the story was completed.  Each e-mail would include not just a link to the next episode, but also links to Storify recaps of relevant character social media interactions, character blogs, ARG recaps, etc.  It would be almost as if our new viewers were experiencing the series the same way it was experienced by people who were watching it day-to-day as the content was originally released.  The reason I call it semi-instanced is because, unlike our viewers who were there from the beginning, these new viewers would not be able to interact with the characters in real-time because the story events our new viewers are only now discovering happened for the characters some time ago.

All of our content is currently available for free at furyofsolace.com, so the question then becomes, why would we offer our viewers an alternative way to experience the show via the Push system when they could just as easily go to the site and moderate their own experience?  Well, there’s a couple of reasons for that.  First off, I’ll be the first to admit that navigating furyofsolace.com is potentially overwhelming for your average viewer.  For one thing, because “Fury of Solace” was an indie, low-to-no budget series, our site isn’t a custom-built delivery mechanism for our particular brand of transmedia storytelling, it’s a WordPress theme that we’ve jury-rigged to deliver our content as best as we’ve been able.  So using the Push system is a good way to hand-hold new fans through the experience who are intimated by the prospect of digging through all of that content on their own.

Beyond that, I have a feeling that when the next live-action episode is only a mouse-click away, many viewers will have a tendency to skim over (if not skip entirely) the more text-based transmedia content.  But I think your average viewer will be a lot more likely to delve into that added transmedia content if the content is being sent to them in daily doses.

And, of course, from a marketing standpoint, there’s nothing more valuable than having direct access to your fans’ inboxes.  If they “like” you on Facebook or follow your Twitter feed, it’s still crapshoot whether or not any given fan will see your social media announcements in their streams.  If you’re sending them direct e-mails, you know they’re receiving your messages, and you have direct access to each and every one of your fans, not just for delivering content but also for fundraising initiatives, series announcements, the sky’s the limit, really.

As far as “Fury of Solace” goes, I think the ideal user experience is to watch it as the content is being released, thereby having the opportunity to interact with the characters in real-time as the story unfolds.  But the Push system may just be the best way for viewers to jump into our story world after the fact.

And speaking of, the second annual StoryWorld conference starts today here in L.A.  I’ll be attending all three days and will report back on the entire experience in an upcoming post.