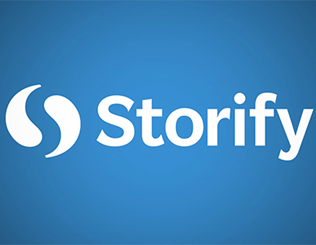 A big part of the immersive transmedia experience for “Fury of Solace” has revolved around creating a social media presence for our characters, to give our fans the chance to interact directly with the characters.  Now, obviously, there are certain media properties that simply don’t lend themselves to this.  Period pieces set in the distant past or the far future, for example.  Or a show like “Lost,” where the main characters are marooned on an island without access to social media outlets like Twitter or Facebook (though that didn’t stop “Lost” from having a transmedia experience of its own: “The Lost Experience” was helmed by my friend and talented writer Javier Grillo-Marxuach, and I’ll probably delve into that in greater detail in a future post).

In “Fury of Solace,” the primary social media outlets we’ve used are character Twitter accounts and character blogs.  And for today’s post, I’m going to focus specifically on Twitter.  Now, there are two primary ways to use Twitter to support your projects.  One is straight-up marketing, but I’m not going to talk too much about that here; Maybe I’ll address it in a future post, but for now, there are plenty of other  sources on the internet for ways to market your products on Twitter, written by people who are far more marketing-savvy than me.  No, in today’s post, I’ll be focusing on using Twitter to develop characters and enhance your story.

One very important aspect of developing a character on Twitter is how they use the social media platform to interact with their fellow characters, and the fans.  But historically, it has been notoriously difficult to follow conversation threads on Twitter.  When “Fury of Solace” began, Twitter didn’t even have an official “reply” function that threaded user interactions, and this made the prospect of following a conversation thread on Twitter a dicey proposition, even for people who were fairly Twitter savvy.  Now, this wouldn’t necessarily be a big deal for fans who were following the exchanges in real time, but I didn’t want fans who came to the show after the fact to have to pore over multiple Twitter feeds to painstakingly recreate plot-pertinent character interactions themselves.  So in those early days, I employed a method of archiving the conversations that was decidedly low tech: I favorited all of the relevant Tweets, took screen grabs of my favorited-Tweets page, and Frankensteined them together in Photoshop into a kind of Twitter timeline.  Fortunately, now there are sites like Storify that help me streamline that entire process.  Check it out if you haven’t already, it’s an extremely useful tool for creators in our rarified profession, allowing you to create a handy narrative out of Facebook status updates, Tweets and tumblr posts, etc.  I was able to use Storify to search for Tweets by specific users, easily drag the relevant Tweets into my timeline and then embed the entire thing on our website.  And unlike my old ad hoc method, clicking on one of the Tweets in a Storify project actually links back to the Twitter account from whence they came.

When I archived the story-relevant Twitter conversations, I didn’t only include Tweets from the characters, I included relevant fan Tweets as well.  And just by dint of being a completionist, I stumbled upon an added incentive for fans to take part in the story on Twitter: It didn’t occur to me at the time, but the fans whose Tweets were included were excited to be immortalized in “Fury of Solace” canon.

Now, I should point out that if Twitter conversations between characters are an integral part of your story, and if you’re trying to foster organic discovery of secondary character Twitter accounts as we have been, there is an important aspect of @replies that you should be aware of.  When Twitter first started, any and every Tweet you sent out would show up in the Twitter streams of all of your followers, regardless of the content.  But Twitter eventually instigated a new system to determine whether or not your followers see your @replies in their Twitter stream: In short, the only people who see your @replies in their stream are the people who both follow you and the person you’re sending the @reply to.  If your followers physically click on your Twitter page, they can see all of the Tweets you’ve ever posted, but failing that, @replies sent to lesser-known characters can very easily fly beneath your audience’s radar.

But there is a simple way to get around this.  The only tweets that stand to be omitted from your followers’ Twitter streams are ones that begin with the @ symbol.  So nowadays, when Twitter users want their conversations to be public, it’s become common practice to include a period as the first character of your Tweet, before the @ symbol.  The person you’re sending the @reply to will still be notified that they’ve been mentioned in a Tweet, but all of your followers will see the exchange in their Twitter streams as well.

That’s going to be it for this week.  Next week I’ll take a break from “Fury of Solace” to discuss Transmedia L.A.’s groundbreaking  “Miracle Mile Paradox,” which wraps up this Saturday.